You might have noticed this new feature in Google Pixel devices which switch to mobile data on weak WiFi signals, or the WiFi connection is slow. In this guide, we will try to figure out which feature is toggling it and how can we disable switching to LTE or 5G on Weak WiFi signals on Google Pixel phones running on Android 12.

The latest Android 12 has a lot of new and cool intelligent features that make the life of users super easy. For example, the automation rules allow users to change phone settings when connected to a specific WiFi network. So, for example, you can turn the phone to silent when connected to workplace WiFi or the one in School. Another cool feature is the Files app, which allows you to clear up internal storage and remove temporary files and cache.

Another feature that should be a utility but turning out to be a pain is switching to the mobile network when the WiFi signals are weak, or the WiFi connection is poor. So today, I’ll talk about how to disable it.

Disable Automatic Switch to LTE when WiFi is Weak on Pixel:

When I first encountered this issue, I couldn’t find any trigger to disable it, Initially, this feature existed in the Developers options of phones running Android 5 and above. It was called Aggressive WiFi to mobile handover, but now this feature is removed.

In the new Android version, the feature that now handles this switching of networks is called Adaptive connectivity. Although it is not mentioned anywhere on the web or in the documentation of the feature. Yet I have tried and tested it and it works.

The Adaptive Connectivity function is to improve the network performance and extend battery life by switching between 5G and LTE. It also caters to switching between WiFi and LTE, as when the signals are weak, the phone tends to use more energy. Instead, it goes for both LTE and WiFi. Its main feature is to switch to 5G when a person is streaming or doing network-intensive work and switch to LTE when you are just scrolling through the internet or the phone is idle.

In Huawei phones, there is an option to disable switching to LTE on weak WiFi it is called WiFi+.

If you have the same issue and you know a way to disable switch to Mobile data on Weak WiFi on Pixel phones running on Android 12. Do let us know in the comments. Your feedback would be appreciated. 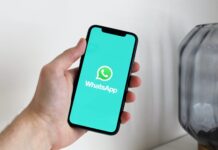