Instagram has introduced a new interface for its users in some countries around the world, namely the US and some parts of Europe. However, the users don’t seem to be pretty happy with the new interface that is somewhat similar to the TikTok interface, where instead of scrolling the feed, one has to move through the posts one by one manually. Suppose you are a fellow who isn’t happy with the new interface. In this guide, we will guide you on how you can revert to old Instagram interface and get the scrolling back.

Instagram is one of the most famous networks, with 1.21 billion active users worldwide. It was first founded in 2010 and later acquired by Facebook/Meta. Instagram is a great platform to connect with not only your friends and family but also with celebrities and sports players around the world. It gives you a blink into others’ lives, be it stories or the pictures and videos they share. In order to sustain themselves in the tech world, all the social platforms have to introduce new features or layout redesign, so the users don’t get bored of the application. Yet, for some users, the change is not so welcome as they are used to the old settings and interface.

The users do not wholeheartedly welcome the new interface introduced by Instagram lately. However, we have seen from past experience that even if the users do not like the new interface of their favorite app, they get used to it in some time and stop complaining about it. This is because people are so addicted to social media platforms that they can’t let go of them, even if the change is not so pleasant.

Update: The “Make Instagram Instagram again” campaign actually gained so much traction that Instagram is currently preparing to discontinue the TikTok-like features. In an interview on Thursday, Instagram CEO Adam Mosseri was cited as stating, “I’m delighted we took a chance. However, we need to step back and regroup.”

Guide to revert to old Instagram Interface back to scrolling:

The other bad thing about the new interface is that it focuses on the posted content rather than the person who posted it. Alongside, there is no option in the settings to revert back to the old layout. In the new interface, when you are moving through the posts, and a video comes in between, the audio is set to autoplay. So you have to mute your phone manually. Another thing I found pretty annoying is that now you can’t play music while scrolling Instagram as the audio from Instagram takes over the music apps like Apple Music or Spotify.

So in order to move back to the old interface. You have to download and install the old APK on your Android phone. Sadly there isn’t an option for the iOS and Apple users to go back to the old layout.

Steps to install Instagram APK to revert to old layout:

That’s all on how to revert to old Instagram interface. I hope now you have the old Instagram layout and are contented with it. If you have any questions or queries regarding the guide. Let us know in the comments or reach out to us via social networks.

Unable to Send Disappearing Photos on Instagram via DM in Europe?

How to Disable Last Active on Instagram (Last Seen Feature) 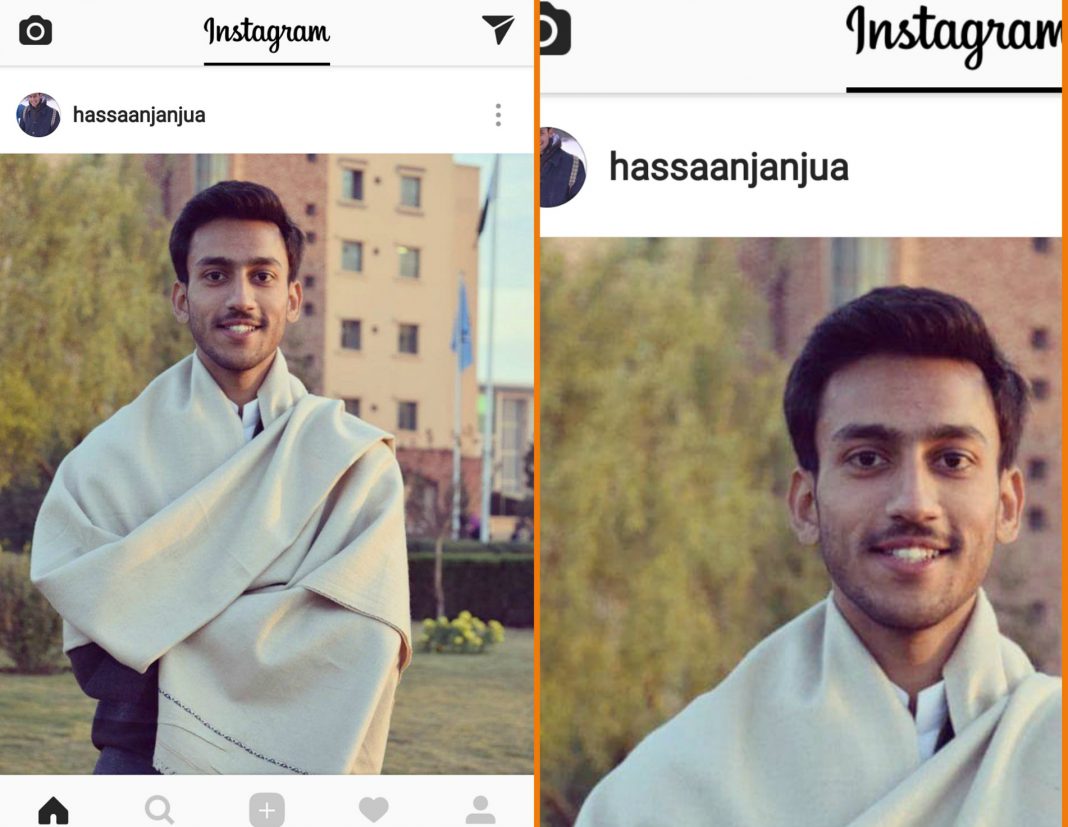 How to Zoom in Instagram Pictures on Android and iOS