With the December update, many Pixel 6 users have been complaining about network issues on their phones. The issue is the unavailability of network services inside the building or abysmal network coverage even outside. The December update was supposed to cater to many other bugs that the Android 12 users have been experiencing on their new Pixel. Unfortunately, although the update helped with a lot of issues yet, it introduced a network signal loss issue on Pixel 6. Other issues are poor connection with Google Buds and quick battery drain of the phone.

The network signal loss issue has been reported mainly by the users in Europe. Which makes it impossible to make calls, send texts or connect to mobile data. This results in battery drain as the phone constantly tries to connect to the network and find a better connection.

A pixel user created the issue on Google Issue Tracker, and they are working on a fix. Until they find a solution, we have a potential solution that allows you to use your Pixel 6 until the fix arrives from Google.

Although the general notion in public was that Google might have released the wrong location updates for the users in Europe, that’s why they are experiencing this issue. The Google representative has confirmed that it’s not the case. However, the problem is being looked into, soon releasing a fix.

How to Fix Network Signal Loss Issue on Pixel 6?

The solution in hand to fix the network signal is to join the beta program of Google Carrier Services and install the latest update from the PlayStore.

This solution is said to work for numerous people who are facing this issue.

Hopefully, this will solve the network and signals issue on Google Pixel 6. The new operating system combined with the TensorFlow chip has reportedly a lot of problems going on. Some with Bluetooth connection, others with the display. With time the Google development team intends on fixing them.

We will update this article if there is some update from the Google side regarding the release of the fix. Also, share it with us in the comments if you have any other workaround that is supposedly working for you. 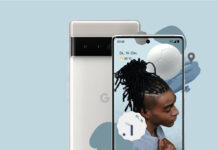 Install Android 12 on Google Pixel via ADB and Fastboot